Gosh, the summer has flown by. Was it the same for you?

This blog has fallen a little by the wayside… I’m still here, just less frequently and with fewer of my “own” recipes, especially now that I can save all my favorites to NYT Cooking. Even though I’m posting fewer recipes doesn’t mean I’ve stopped cooking…on the contrary, our kitchen remains an exciting and comforting place amidst the stresses of daily life.

Here’s a peek into what F and I have been cooking over the past few months, in no particular order. 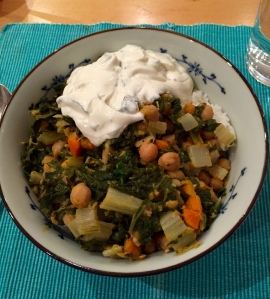 Ottolenghi’s “Chickpea Saute with Greek Yogurt” — light and bright summer flavors went beautifully over rice with a rich and creamy Greek yogurt sauce on the side. Highly recommended and very easy to throw together on a weeknight. 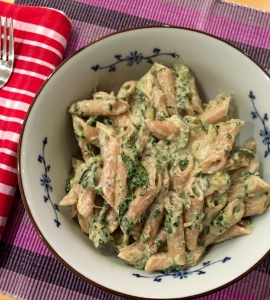 Pasta with Zucchini, Ricotta and Basil, courtesy of David Tanis at NYT Cooking. Creamy and rich yet summery, thanks to lemon zest and basil.

Smitten kitchen’s takeout-style sesame noodles with cucumber. Simple and delicious — I made them when F was away at a conference and managed not to get too tired of them despite having them over the course of 4 meals in two days…

The Woks of Life’s Shanghai-Style Braised Pork Belly — it took 3 hours but was totally worth it for the melt-in-your-mouth texture of the pork belly in rich, sticky sauce. So so good. We will definitely make it again on our next leisurely weekend.

Non-photographed but just as tasty dishes:

What have you been cooking?